Cookie preferences
This website uses cookies, which are necessary for the technical operation of the website and are always set. Other cookies, which increase the comfort when using this website, are used for direct advertising or to facilitate interaction with other websites and social networks, are only set with your consent.
Configuration
Technically required
These cookies are necessary for the basic functions of the shop.
"Allow all cookies" cookie
"Decline all cookies" cookie
CSRF token
Cookie preferences
Currency change
Customer recognition
Customer-specific caching
Individual prices
PayPal payments
Selected shop
Session
Comfort functions
These cookies are used to make the shopping experience even more appealing, for example for the recognition of the visitor.
Note
Statistics & Tracking
Affiliate program
Track device being used
Categories
DEALER DISCOUNTS 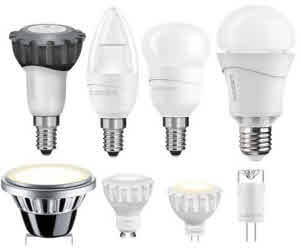 LED Light sources have gained the trust of many customers by now. The prices have remarkably been fallen in the last years, too. Nevertheless, customers experience is that the great promises of >25.000 hours liftetime are wrong and the LED-lights mostly failed within the first year. The reason for this, is the wrong idea of saving money. The motto often ist: "The cheaper, the better". Everything has to be cheap. But don't overlook: "If you buy cheap, you buy twice" also applies to LED-lights.

We only offer luminaires of renowned european manufacturers. That way, we have direct access and are able to implement the manufacturer warranty (resp. 5 years for LEDON LED-lights).

There's no risk in buying. Frequently, they have already armortised after 1-3 years (depending on the burning time),  altough the aquisition costs are a bit higher. This is how - with the manufacturer warranty in the back - our LED-luminaires can still bring thousands of hours of joy to you.

We only offer luminaires of renowned european manufacturers. That way, we have direct access and are able to implement the manufacturer warranty (resp. 5 years for LEDON LED-lights).

There's no risk in buying. Frequently, they have already armortised after 1-3 years (depending on the burning time),  altough the aquisition costs are a bit higher. This is how - with the manufacturer warranty in the back - our LED-luminaires can still bring thousands of hours of joy to you.

Under LED bulbs, the consumer commonly understands LED bulbs of any kind. Regardless of the design. That can be the "pear shape" with E27 socket, or the classic candle bulp with E14, or the MR16 or MR11 design, which is mostly used in cable systems or as recessed ceiling spots..
In particular, the MR16 (with 50mm outer diameter) is available in two versions. These with the base GU10 (for pushing and turning) for the operation directly at 230V AC or GU5.3 (with two pins at a distance of 5,3mm), which are operated via a transformer to 12V AC.
In short, the correct term by definition would be LED lamps. LED light sources also include, for example, LED built-in modules that are firmly screwed into luminaires and, unlike LED lamps, cannot be replaced by the consumer. However, the service life of these LED lights with integrated LED modules is considerably longer. 50,000 hours is not a problem. Quite differently the LED Retrofit, as the exchangeable LED light sources often are called, only show lifespan of 10,000 hours to 25,000 hours at best.

Below we would like to describe a few features that should be considered when purchasing replaceable LED lamps (LED retrofit lamps).

Already noticed? There are super cheap LED lamps for 2€ or less. If the manufacturer takes his data seriously, it is hardly possible to achieve 10,000 hours at this price. The electronic components of the integrated LED driver, in particular, are decisive for the lifetime. Good quality has its price. It is valid: Who buys cheap, buys several times and changes several times. In between he sits in the dark or is annoyed by flickering light. Technically best feasible and realistic at the present time are an average lifespan of approx. 25,000 hrs.
Attention: Some providers write of a "lifetime up to e. g. 30,000 hours". That is about the same when someone says: "People can live up to 110 years".

Watt and Lumen of LED Retrofits

More Watt, more Lumen - more light? No, it is not that simple. While the electrical power in watts is still known to everyone and dictates the power bill, lumen is the unit of luminous flux. So the amount of light emitted from the lamp. (in all directions, whether used or not). The lumen/watt ratio describes the luminous efficacy and is made up of various factors

Watch out! Some manufacturers advertise with lumen numbers of the LEDs alone at e. g. 25°C and without the loss-bringing optics.
By the way, the energy efficiency class is derived from this ratio (lumen/watt = luminous efficacy).

Can it also be colourfast? LED and the CRI.

Why do the ladies of this world go to the window in the clothing shop to evaluate the colours of a garment? It is well known that artificial lighting often makes the colours of objects appear unnatural. The reason is the composition of the light spectrum. If not all colours are contained in the light, the garment reflects only the available colours.
For this purpose, there is a photometric parameter that every manufacturer and supplier of luminaires must specify in accordance with the EU directive. It is called the color rendering index CRI or Ra.
Daylight, but also the incandescent lamps have a value of 100. Cheap fluorescent lamps and LEDs have a value <80. Thankfully, according to the EU directive for indoor applications only bulbs with a Ra> 80 may be offered.
Good LED light sources now create a value of > 95.

Actually, the good old wall dimmer (leading/trailing edge dimming or Triac Dimming) is outdated. It is not up-to-date anymore. But people still use it. The reason is simple. It works with existing domestic installations without further wiring or wireless solutions such as Casambi.
The sinus is electronically mutilated, which the good old incandescent lamp did not care about as a pure resistance wire. But now an electronic ballast, which itself requires a minimum operating voltage, is to dim the LED current with it. This is not possible without compromises. It takes some luck to make sure that the phase dimmer works together with the LED transformer or LED driver and that the built-in driver electronics in the LED retrofit lamp also displays a usable dimming range without flickering. With some luck this works well in the range of approx. 20% to 100% of the brightness. If this is not enough for you, you should use modern Lighting control possibilities
In short. LED Retrofit lamps are only dimmable, if it says dimmable on it. How well the implementation works also depends on the price.

These already separate the wheat from the chaff in terms of quality and price. Other parameters are often self-explanatory or generally known and speak for themselves.

LEDclusive. de only relies on manufacturers of the "premium class". Accordingly, you will not find any low-cost products offered by us. Have fun with the right choice.
Viewed
This website uses cookies, which are necessary for the technical operation of the website and are always set. Other cookies, which increase the usability of this website, serve for direct advertising or simplify interaction with other websites and social networks, will only be used with your consent. More information
Decline Accept all Configure